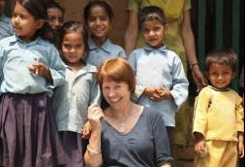 My name is Pam Raffety and I came to Nepal in January 2008 to work as a volunteer at one of Kathmandu’s many orphanages. It was a very cold time of year but I was given the warmest welcome from 15 happy children living in Freedom Children Welfare Center. They had very basic accommodation but were well cared for and loved by the three adults who ran the centre. The children attended a local school where I taught English for a term.

Long before my four month experience in Nepal was over, I knew I would be returning to this beautiful but poor country whose people were so proud and generous.

On my return visit I decided to keep visiting the children at FCWC and help other volunteers but I also wanted to visit the countryside and maybe see the conditions that force parents to give their children away.

I heard of the work being done by my friend Shital Chandra Dharel in a remote area in Dhading District where he grew up.  I decided to support his NGO ( Non Government Organisation). Path Nepal aims to give this rural community more opportunities for the future by providing better education and healthcare facilities.

During my third trip to Nepal, I visited Shital’s home village in Dhading district. I saw the school, and went to the first meeting of the New School Committee. A volunteer group from Singapore had offered to help the village to extend the school and their leader came with us to the first meeting to discuss the plans. It was held under the huge trees outside the school and many villagers came to offer help.

I knew I had to help this community who were so keen to improve their school.

In June the volunteer group from Singapore worked with the community to build the extension to the school. It was a fantastic achievement.

The following August I heard that the extension and the school had been badly damaged by a  landslide. I found myself promising Shital that we would find the funds to rebuild the school - somehow!

My sister Catherine (Kate) and friend Felicity had both visited me while I was in Nepal and together we decided to form a fundraising charity and HELP RURAL NEPAL was born in August 2009.

The money we raise is going to education and health projects arranged by Path Nepal.

I now visit Nepal every year.  I am based in Kathmandu and also stay with Shital’s family in the village in Dhading.

I can see that funds raised by HRN are being spent directly on the projects and keep in touch with everyone involved.

HELP RURAL NEPAL funds educational and health projects in this district. In Nepal everyone pays for education & healthcare and many families cannot afford either.

Following the terrible earthquakes in April and May 2015 much of our initial achievements, especially the work at the schools, has been totally destroyed or very badly damaged.  So with your help we have started again - raising funds to rebuild schools and livelihoods.

On April 25th 2015 Nepal suffered a devastating earthquake- the community in Dhading was very near the epicentre and severely affected.  A second earthquake hit the area on 12th May.All houses, schools and buildings were either destroyed or badly damaged. Animals and belongings were lost.

All the schools were affected and the Primary school at Massar was completely destroyed.

None of our representatives were in Nepal at the time but our partners from the NGO Pathe Nepal were able to get emergency relief to the community within a few days. Inspite of many problems in Nepal at this time, Help Rural Nepal was able to send sufficient funds to Pathe Nepal for this relief work.

The first priority was to provide everyone with shelter and food: shelters, blankets, medical supplies and food were delivered by truck and distributed to 65 families.  We provided support for this traumatised community by assisting to clear debris on the road and making buildings safe as well as to rebuilding some toilets.

After the initial crisis, schools were encouraged to reopen. The charity was able to provide a large temporary school tent; School bags for 410 school children, each bag contained pens, exercise books, uniform, shoes and replacement text books for the college. 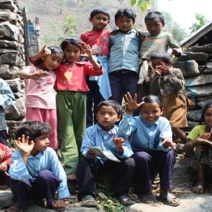 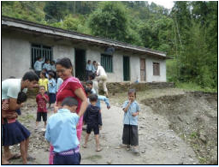 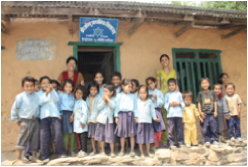